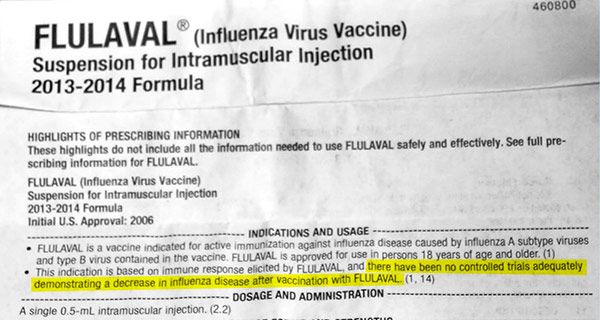 Have you looked up things for yourself or have you simply listened to some episodes on the TV or read the mainstream news telling you that vaccines are all ok? Maybe you have asked your local doctor just to be sure but have you even once looked up things for yourself? If you haven’t then you cannot honestly say that you know if vaccines are safe and effective or not.

I’ve tried to publish official data from places like the CDC even tho it got problems with corruption including safety limits made by the EPA and FDA to give a little context on things who also suffers from corruption ie revolving doors between agencies and companies. I’ve also tried to publish data that shows that unvaccinated are healthier than vaccinated. I’ve also explained and showed that by vaccinating yourself or your child you are intentionally exposing others to the disease a few days up to even weeks and years in extreme cases because as a vaccinated person you shed the disease. This is why newly vaccinated are not allowed in areas where people have very low immunity due to illnesses or immunosuppressive drugs.

I’ve also tried to explain that I personally know of people within the medical system that are threatened to silence and if they speak out about vaccines they risk loosing their credentials. If vaccines were safe and effective then why is it so hard having an open discussion about it? It has become a religion inside and outside the medical system because people that dare to question it are called quacks and all kinds of names. Now we are even facing medical fascism which is taking form of the idea of mandatory vaccinations, it is pure insanity. Have we not learned the hard lessons from world war 2 or do we need to do the same mistakes again?

I still hear people every now and then saying: “I like your information John but I do not agree with you when it comes to vaccines. I believe they are good and that we need them in order to be healthy.” Well believing is not knowing, do you want to know? Listen to the whistleblowers inside the medical industry, everything from the CDC to Big Pharma to Vaccine Manufacturers who openly talks about the corruption and the entire myth behind vaccinations.

Would you rather take things on faith and suffer the consequences of ignorance or would you be bold enough to try and look for the truth even if it would shatter your beliefs and worldview? At least the search for the truth gives you the option to know what you are doing in comparison being ignorant where you have no idea if it’s good or bad.

In the pictures below it shows that people between 6 months – 6 years with 3 doses or more of the pertussis vaccine caught the very same disease more often than unvaccinated people. Again official data shows that vaccines are not effective and in fact is the total opposite.

If not then why are you putting your faith in these places when clearly it’s misplaced. I say enough with your blind faith and pure ignorance, it’s time to learn the truth for yourself. I am not asking you to do anything else but to research these things for yourself. If you still like to vaccinate yourself or your child then that is your decision but at least then you understand the risks behind vaccines including the problems around safety and effectiveness.

Before you even start the search for the truth when it comes to vaccines, ask yourself this. What is required for you to admit that you’ve been wrong your entire life. What kind of proof is required for you to see that because I promise you that you will not get it from the officials, the mainstream news or the local doctor. With that in mind, let’s move forward and start the journey. A good start for you that never researched vaccines would be the understanding of it’s role in immunization and how they work or suppose to work. Here is a good lecture about natural immunity vs vaccination.

To the people who do believe in vaccines

The abolition of artificial scarcity

Questions and answers about veganism