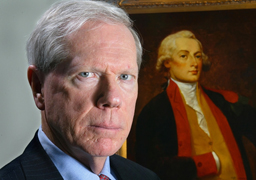 The world is beginning to realize that a seachange in world affairs occured on September 28 when President Putin of Russia stated in his UN speech that Russia can no longer tolerate Washington’s vicious, stupid, and failed policies that have unleashed chaos, which is engulfing the Middle East and now Europe. Two days later, Russia took over the military situation in Syria and began the destruction of the Islamic State forces.

Perhaps among Obama’s advisors there are a few who are not drowning in hubris and can
understand this seachange. Sputnik news reports that some high-level security advisors to Obama have advised him to withdraw US military forces from Syria and give up his plan to overthrow Assad. They advised Obama to cooperate with Russia in order to stop the refugee flow that is overwhelming Washington’s vassals in Europe. The influx of unwanted peoples is making Europeans aware of the high cost of enabling US foreign policy. Advisors have told Obama that the idiocy of the neoconservatives’ policies threaten Washington’s empire in Europe.

Several commentators, such as Mike Whitney and Stephen Lendman, have concluded, correctly, that there is nothing that Washington can do about Russian actions against the Islamic State. The neoconservatives’ plan for a UN no-fly zone over Syria in order to push out the Russians is a pipedream. No such resolution will come out of the UN. Indeed, the Russians have already established a de facto no-fly zone.

Putin, without issuing any verbal threats or engaging in any name-calling, has decisively shifted the power balance, and the world knows it.

Washington’s response consists of name-calling, bluster and more lies, some of which is echoed by some of Washington’s ever more doubtful vassals. The only effect is to demonstrate Washington’s impotence.

If Obama has any sense, he will dismiss from his government the neoconservative morons who have squandered Washington’s power, and he will focus instead on holding on to Europe by working with Russia to destroy, rather than to sponsor, the terrorism in the Middle East that is overwhelming Europe with refugees.

If Obama cannot admit a mistake, the United States will continue to lose credibility and prestige around the world.