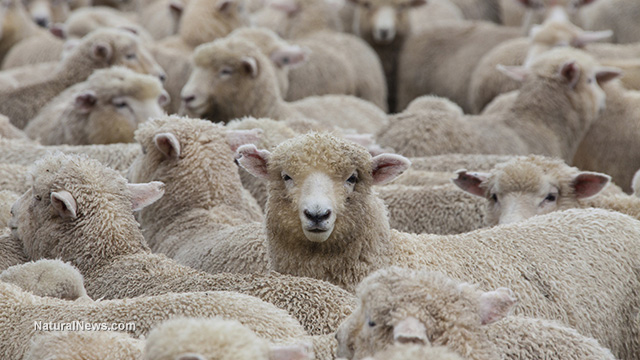 As reported by TechDirt, the Chinese government is now implementing policies that are designed to control its population via heart, mind and, of course, the Internet — where all sorts of ideas about freedom, liberty and democracy are lurking. In authoritarian regimes, rolling out mandatory programs is most often met with little opposition, with the logistics of said programs being the biggest problem.

“The Chinese government has mandated a rating system for all of its connected citizens. It looks like a credit rating but goes much deeper than just tying a measurement of financial risk to a number. It’s a way of defining who someone [is] in terms of the government’s desires and aims. And its desires aren’t all that honorable.”

As further reported by the American Civil Liberties Union (ACLU), Beijing looks to be incorporating all of the tools of the information age — including electronic purchasing data, algorithmic analysis, social media networks and other mechanisms — in order to construct the ultimate data tool to control its population.

“As one commentator put it, ‘authoritarianism, gamified,’ ” writes Jay Stanley, the senior policy analyst for the ACLU’s Speech, Privacy & Technology Project. He says this particular piece will fully explain what China plans, promising that “it will make your head spin.”

If that piece, together with other reports, on what Beijing is planning is accurate, Stanley says the basics of the policy can be outlined as such:

“Sadly, many Chinese appear to be embracing the score as a measure of social worth, with almost 100,000 people bragging about their scores on the Chinese equivalent of Twitter,” Stanley writes.

That’s because sheep don’t know any better and tend to shuffle along silently, even to slaughter.