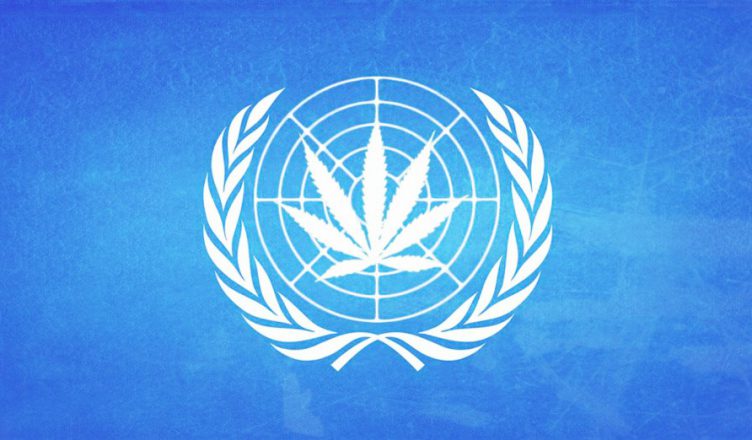 News circulated Monday morning that the United Nations had officially called for the decriminalization of all drugs in a brief, two-page report. Richard Branson, CEO of Virgin, hinted on Sunday that the announcement would be made, but by Monday morning, the U.N. announced it had no such intention and that the document merely reflected the author’s opinion. Even so, the BBCand Branson himself suggest the document was withdrawn following resistance from at least one country.

As Richard Branson wrote in a blog post before the official release of the report:

“In an as-yet unreleased statement circulated to the BBC, myself and others, the UN Office on Drugs and Crime (UNODC), which has shaped much of global drug policy for decades, call on governments around the world to decriminalise drug use and possession for personal consumption for all drugs.”

The report was to be released at an international harm reduction conference in Kuala Lumpur, Malaysia. Branson continued:

However, Branson, a long-time opponent of the Drug War, wrote that as he drafted his blog post, the briefing had already drawn harsh opposition. “But as I’m writing this,” he said, “I am hearing that at least one government is putting an inordinate amount of pressure on the UNODC.”

“Let us hope the UNODC, a global organisation that is part of the UN and supposed to do what is right for the people of the world, does not do a remarkable volte-face at the last possible moment and bow to pressure by not going ahead with this important move.”

By Monday, the U.N. had disputed Branson’s announcement of the document. “The briefing paper on decriminalisation mentioned in many of today’s media reports, and intended for dissemination and discussion at a conference in Kuala Lumpur, is neither a final nor formal document … and cannot be read as a statement of UNODC policy,” a spokesperson announced.

As the Guardian summarized:

“United Nations sources stressed that the briefing paper did not mark a major change in UN policy. They pointed out that such a historic shift would not have been announced at another organisation’s conference and would have had to gone through its policymaking process first.”

Regardless, the disputed two-page document was penned by Dr. Monica Beg, who chairs the HIV/AIDs section of the UNODC. She noted multiple consequences of the continued War on Drugs, including excessive imprisonment. “[W]orldwide, millions of people are imprisoned for minor, non-violent drug offences,” she wrote, suggesting that “arrest and incarceration are disproportionate measures.“

While the document acknowledges that governments have a duty under international law to reduce the supply and trade of drugs, it also affirms that these governments are responsible for adhering to human rights’ obligations. The document concludes that the U.N. will not force member states to criminalize drug possession and use on a personal scale. Rather, it suggests that “Member states should consider the implementation of measures to promote the right to health and to reduce prison overcrowding, including by decriminalizing drug use and possession for personal use.”

This type of policy has seen success in Portugal, where drugs were decriminalized in 2001 and rates of use decreased. At least one town in Massachusetts has opted to treat addiction to heroin rather than prosecute it.

The paper suggests several strategies like these, including investing in drug-prevention programs and treatment for drug dependency. It makes clear that it advocates decriminalization, in part, “as a key element of the HIV response among people who use drugs.”

In spite of the groundbreaking implications of the two-page document, the U.N. maintains the document was meant only as a suggestion (the BBC notes that the UNODC has been under increased pressure to take a stance). The language of the conclusion implies the document was a suggestion, considering it urges that member countries “should consider” decriminalization.

However, the text of the document, printed on official agency stationery, also says the report “clarifies the position of UNODC to inform country responses to promote a health and human rights approach to drug policy,” making the UNODC’s true intentions difficult to decipher.

Denials from the U.N. were swift and vehement. Official statements also denied Branson’s claims that at least one member nation pushed back against the recommendations:

“[The document] remains under review and UNODC regrets that, on this occasion, there has been an unfortunate misunderstanding about the nature and intent of this briefing paper. UNODC emphatically denies reports that there has been pressure on UNODC to withdraw the document. But it is not possible to withdraw what is not yet ready,” an official U.N. response said.

Regardless of whether or not the document was intended to be one person’s suggestion or an officially proposed policy — or whether countries are exerting undue pressure on the U.N. following its release — the mere suggestion of decriminalizing drugs, in and of itself, reflects the changing landscape of drug prohibition.

The Truth Seeker note: Here is the briefing document that is mentioned in this article. – 285926556-UNODC-Briefing-Paper-Decriminalisation-of-Drug-Use-and-Possession-for-Personal-Consumption