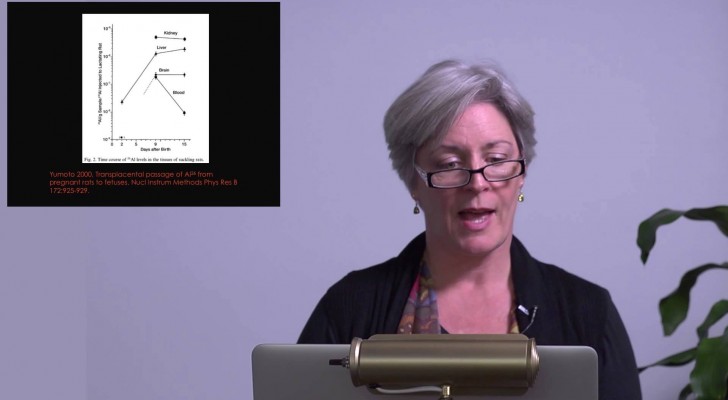 Suzanne Humphries, a once sought-after nephrologist based out of Maine, has dedicated the last decade of her career to searching for the truth about vaccine safety.

Her most recent book, Dissolving Illusions: Disease, Vaccines and the Forgotten History, is a telling and thorough collection of historical documents and research that paints a different picture of vaccine safety and efficacy than is commonly presented by pro-vaccine advocates.

In a recent lecture, Humphries explains how aluminum, a widely used vaccine adjuvant, poses a greater risk to the health of the public than once previously thought, especially in regards to vaccines being given to pregnant women.

“Even if vaccines can prevent some infections, considering what’s in them, there’s no way they can improve overall health,” Dr. Humphries says. “And now they want to give vaccines to pregnant women, which in addition to these animal cells and associated genetic material also have aluminum in them.”

What We Know About Aluminum

Aluminum is a known neurotoxin, and scientific evidence shows that it can play a significant role in neurological diseases, including dementia, autism, and Parkinson’s disease.

However, this is in contrast to what the Children’s Hospital of Philadelphia’s (CHOP) vaccine education center had to say about aluminum back in 2013:

“Aluminum is considered to be an essential metal with quantities fluctuating naturally during normal cellular activity. It is found in all tissues and is also believed to play an important role in the development of a healthy fetus.“

This statement was reviewed by CHOP’s Chief of Infectious Diseases — the staunch vaccine advocate and vaccine patent holder Paul Offit, MD, who’s also notorious for claiming that an infant can theoretically tolerate 10,000 vaccines at once.

Here is another statement from CHOP about aluminum:

“Given the quantities of aluminum we are exposed to on a daily basis, the quantity of aluminum in vaccines is miniscule. Aluminum-containing vaccines have been used for decades and have been given to over one billion people without problem.“

But as Suzanne Humphries points out, eating and injecting aluminum are in no way the same things. When we ingest aluminum through various sources, we only absorb about 1 percent of it.

When injected intramuscularly, however, our bodies absorb close to 100% of the aluminum.

A 2010 study published in the Journal of Exposure Science & Environmental Epidemiology found that breastfed infants receiving a full recommended schedule of immunizations showed an exceedingly high exposure of Al (225 to 1750 μg per dose) when compared with estimated levels absorbed from breast milk alone (2.0 μg).

A 2011 paper by Dr. Kawahara had the following to say about aluminum:

“Whilst being environmentally abundant, aluminum is not essential for life. On the contrary, aluminum is a widely recognized neurotoxin that inhibits more than 200 biologically important functions and causes various adverse effects in plants, animals and humans.”

How Aluminum Affects Our Body

Humphries points out that aluminum has a number of side-effects inside the body, which include:

As Dr. Humphries points out, molecular biologists have also clearly demonstrated that exposure to aluminum skews your immune system to the Th2, or antibody driven immune system, which drives allergic responses.

How Much Aluminum Are We Getting From Vaccines Today?

Like Dr. Mercola explains, mercury may be on its way out of vaccines, but the use of aluminum is on the rise.

Similarly, in her lecture Dr. Humphries reveals the startling amount of aluminum a US child receives today compared to only a few decades prior,

“By the age of 18 months, that infant has already received 4,925 micrograms (mcg) of aluminum, 100 percent of which is absorbed since it’s given intramuscularly. In the 1980s the amount of aluminum you got when following the childhood vaccination schedule amounted to 1,120 mcg, and importantly, it was given in more mature babies, not newborns. Today, American children end up getting a grand total of 6,150 mcg of aluminum if they get all of their recommended vaccines.”

Humphries also explains how an oft-cited study used to “prove” the safety of aluminum exposure was actually very misleading.

To assess whether or not diet and vaccines in combination might result in dangerously high aluminum levels, the researchers looked at studies on rodents who ingested aluminum, and one study involving ONE healthy man with normal kidney function who received 0.7 mcg injected directly into his blood stream — a tiny fraction of what babies get. Aluminum received intravenously is much more easily handled than aluminum received intramuscularly.

The aluminum he got was also a less toxic form than that used in vaccines. Several vaccines which are on the childhood vaccine schedule were also left out of Dr. Keith’s theoretical risk calculation. Based on all this questionable data, it was concluded that between diet and vaccines, the aluminum burden children are exposed to is unlikely to do harm.

Another important and overlooked factor is that infants have reduced kidney function, and therefore cannot excrete heavy metals as efficiently as someone with more mature organs.

In a 2014 paper published in the journal Toxicology, Dr. Stephanie Seneff addresses the toxic effects of aluminum and another common adjuvant, glutamate, on biological systems and their dangerous capacity to form “toxic complexes” with other chemicals.

“Glutamate is toxic to autistic kids, because they don’t have enough manganese. So when that extra glutamate is injected in through the vaccine, it goes to the brain, because of the influence of glyphosate [the signature herbicide used by Monsanto]. Glyphosate actually opens up the barriers—the gut barrier and the brain barrier—to allow [toxins] to get in… The two are working synergistically… The glyphosate is depleting the manganese, which is causing the glutamate to be toxic, and the glyphosate is causing the glutamate to go into the brain…”

She also elaborates on the combination of aluminum and glyphosate,

“Glyphosate chelates aluminum, effectively ‘hiding’ the aluminum molecule inside the glyphosate molecule. When ‘caged’ within glyphosate in this way, the aluminum gets even easier access to sensitive areas because, as mentioned, glyphosate opens up your gut- and brain barriers.”

Why Haven’t The Dangers Of Aluminum Been Properly Addressed?

At the end of Dr. Humphries lecture, she addresses the big question: Why are we still using aluminum in vaccines if it is so dangerous?

“Assessment of the safety of aluminum in vaccines is important because replacement of aluminum compounds in currently licensed vaccines would necessitate the introduction of a completely new compound that would have to be investigated before licensing. No obvious candidates to replace aluminum are available, so withdrawal for safety reasons would severely affect the immunogenicity and protective effects of some currently licensed vaccines and threaten immunization programs worldwide.”

What are you thoughts on aluminum in vaccines? Should there be a more concerted effort to study the long-term effects of early exposure to aluminum from injected vaccines? Share your thoughts with us in the comment section below!