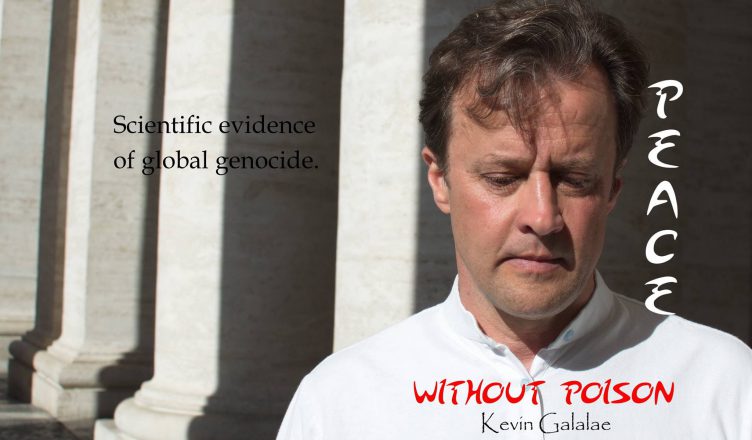 I urge everyone to read my book “Peace Without Poison” where I provide evidence of global genocide. This is the definitive nail in the coffin of the New World Order. I am providing it free of cost to each and all.

Excerpt from the book:

Numbers, unlike people, do not lie.
The numbers presented in this epic document confirm the existence of a global program of population control that has been carefully concealed from the public since its inception in 1945 and shatter fabricated notions perpetuated to confuse and confound inquiring minds lest they stumble upon the frightening truth that the international framework for peace is based on genocide.

They confirm that the architects of the Global Depopulation Policy, the Allied Powers, have always had the best intentions in mind and that the executors of these intentions, the United Nations and governments around the world, have acted in good faith, though not in good conscience, forced by dire circumstances and insurmountable obstacles to choose the lesser evil for the greater good.

They confirm that the secret war on human fertility is seven decades old and that the entire world is a battlefield and every human being on the planet a target, a victim and a beneficiary.

They confirm that this is both the most insidious and most humane war in human history and that all governments are enlisted by mutual coercion mutually agreed upon and harnessed to be reluctant allies against a single common foe, population growth, which requires a full and frontal attack on human fertility.

They confirm that people around the world are being poisoned into subfertility and infertility by covert chemical, biological and bacteriological means in a desperate attempt to prevent nuclear annihilation, mass starvation and environmental devastation.

They confirm that unless proactively defused the overpopulation bomb explodes first into poverty, which begets desperation and ultimately war.

They confirm that contraceptives, however sophisticated, and abortion, however easily obtainable, cannot depress fertility to the needed replacement level unless buttressed by firm legislation, because the joy of sex and the love of children are more powerful than any national and international prerogatives.

The book can be found here: Peace Without Poison