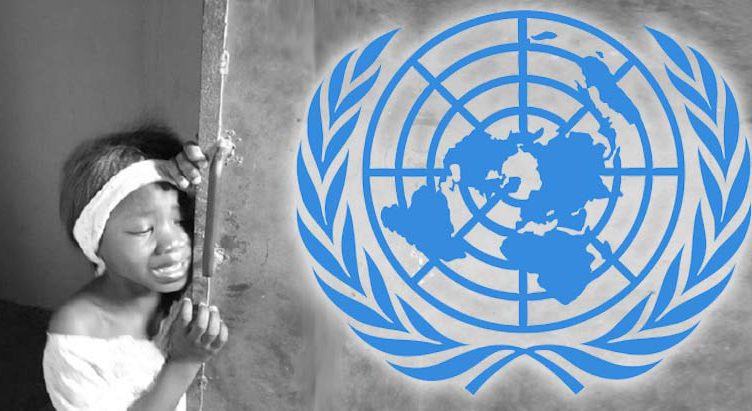 This week, a report from the UN Office of Internal Oversight Services (OIOS), indicated that “peacekeepers” working in Haiti were guilty of raping Haitian women at an alarming rate. The report also indicated that a large number of the victims were underage.

According to the report, there were 231 people in Haiti who claimed they were sexually violated by UN peacekeepers, and were forced to perform sexual acts in exchange for food and supplies that were intended as relief packages.

“In cases of non-payment, some women withheld the badges of peacekeepers and threatened to reveal their infidelity via social media,” the report said

This is not the first time that UN workers have been accused of these types of crimes. After the UN has entered areas like Cambodia, Mozambique, Bosnia, Sudan and Kosovo, there was an explosion of sex trafficking and numerous reports of abuse. Just this year, the UN was caught attempting to cover-up the fact that their workers had raped starving and homeless boys in the Central African Republic.

There are almost too many cases to list in which high-profile public figures or organizations were accused in pedophilia or human trafficking cases. However, they almost always dodge any prosecution or public scrutiny due to their control of the legal system and media.

There have been many cases in recent history where establishment figures have been caught up in child prostitution rings but quickly had the story swept under the rug.
Read more at https://thefreethoughtproject.com/peacekeepers-sexually-assaulted-women-children-haiti-relief-missions/#6eE5VWBymVrAdhGj.99