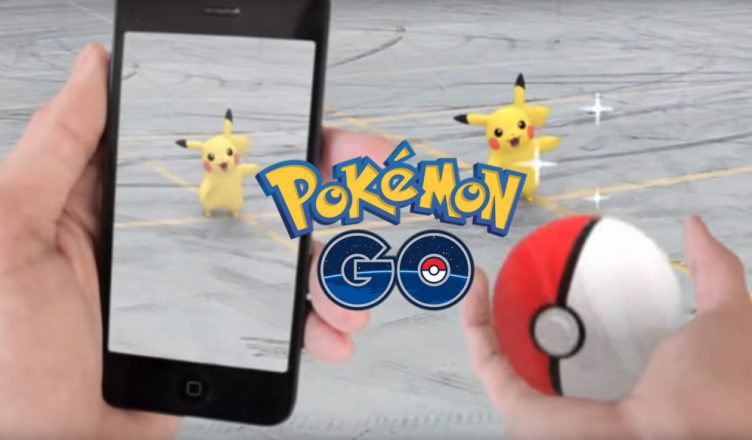 Privacy advocates (that’s establishment speak for “normal human beings”) celebrated earlier this week as the House rejected yet another attempt to expand the Patriot Act’s snooping provisions. House Resolution 5606, better known by its Orwellian name, the “Anti-terrorism Information Sharing is Strength Act,” would have allowed Big Brother to access Americans’ financial information based on what the government deems to be “suspicious activity.” Given that the DHS has labeled such things as using binoculars, paying with cash, or even “appearing normal” as “possible terrorist activity” in the past (thus making pretty much every human being a possible terrorist), everyone can breathe a sigh of relief that the bill failed.

But don’t breathe that sigh too deeply, because exactly as that threat to privacy was being extinguished, another one was rising to take its place. It goes by the name of “Pokémon Go” and it is a so-called “augmented reality” game that allows users to capture, train and battle virtual Pokémon by chasing them around through real world environments with your smart phone.

Full disclosure: Although I live in the land of anime and video games, I have never played any Pokémon games, watched any of the shows, read any of the comics or bought any of the toys associated with the franchise. I don’t know anything about it except for the name of that ubiquitous yellow Pikachu character. So if you are an out-of-touch fuddy-duddy like me, you may be surprised to learn that the “Pokémon Go” app, launched just one week ago, is the hottest thing on the planet right now.

To put into perspective just how popular this game is, it topped the App Store’s “Top Grossing” category within 24 hours of its release. Now, just one week out, it has been downloaded an estimated 7.5 million times in the US alone and is generating an estimated $1.6 million a day for Nintendo. But here’s the truly mind-boggling part: In just the first two trading days after the game’s release, Nintendo’s market value rose a staggering $7.5 billion. That’s right, folks, this is not merely a game, it is a phenomenon.

For those unfamiliar with “augmented reality” gaming, it’s a type of game where one tracks virtual characters or objects that appear on their smart phones through real world environments. The Pokémon Go game is prompting scores of people out into the streets to go chasing for wild Pokémon to capture.

It is also prompting heists, violence, hoaxes and hysteria.

On the more innocuous side, some restaurants and businesses are already trying to cash in on their proximity to spots with a lot of in-game activity. On the less innocuous side, robbers are now using “Lures” (which attract Pokémon to a certain spot) to lure gamers in to be mugged. One 19-year-old hunting for water Pokémon in a rural river ended up uncovering a dead body, one IT executive got fired from his job after an online Facebook tirade inspired by frustration at the game, and one YouTuber who was live streaming the game while out Ubering allegedly saw someone get murdered right in front of him…but that turned out to be a hoax.

If you’re wondering what’s going on here, you’re not the only one. It seems the internet is flipping its collective lid over this app as the line between gaming and the real world gets blurrier. But perhaps all of this pales in comparison to the game’s terms and conditions.

Firstly, the app requires an excessive amount of permissions on a user’s device, including the ability to read your contacts, find accounts on your device, and access your camera. The app even requires full access to a user’s Google account, which it can then use to read your emails, send emails from your account, browse your Google Drive documents and photos, etc. But apparently that’s just “a mistake” and will be “corrected soon.”

Secondly, the game’s privacy policy contains such gems as: “We may disclose any information about you (or your authorized child) that is in our possession or control to government or law enforcement officials or private parties.” What could go wrong?

But wait, it gets worse!

The maker of the app? Niantic Labs. Never heard of them? That’s because until last year they were an internal start-up of none other than Google, the NSA-linked Big Brother company. Even now Google remains one of Niantic’s major backers. Niantic was founded by John Hanke, who also founded Keyhole, Inc., the mapping company which was created with seed money from In-Q-Tel, the CIA’s venture capital arm, and which was eventually rolled into Google Maps.

So yes, the Pokémon game currently taking the internet by storm (and scooping up all their data, including activities, movements and communications) was created by a CIA-linked businessman who gestated his company at Google.

As it turns out, the big, bad Big Brother Spies of the NSA and the DHS and the CIA don’t really need their Patriot Act powers, after all. All the powers-that-shouldn’t-be need to do is create a fun, shiny trinket for the people to play with and they will literally pay for their own surveillance.

Welcome to the “Matrix Economy,” where people pay to spy on themselves…and have fun doing it!

Huxley would be proud.

Source: The CIA’s ‘Pokémon Go’ App is Doing What the Patriot Act Can’t : The Corbett Report