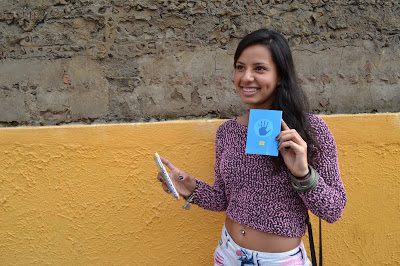 Ambassador Col. David Wright of Globcal International announced on Sunday that the Global Citizenship Registry (a private international legal registry of natural persons in Sweden) will begin taking its first official registrants and begin the introduction of a premier practical universal world citizenship program withstanding the United Nations under various international treaties, international law, best practices, and the Hague Convention. The project has been under development over seven years waiting with anticipation of the introduction of the United Nations SDGs (Global Goals) agreement which was just signed by 193 nations on the 25 and 26th of September this year in New York.

The Ambassador said, “the ideal of Global citizenship is about to go viral and now we also realize that I was just personally been identified as one of the top authorities in the world on the subject, I am personally flattered, but more so I am pleased that our co-op could manage to unlock (hack) the code to our real life and human existence.” He said, “I wonder about the others though, it is they who taught me through their mistakes that are responsible for my deeper research. Many of those whom aligned themselves through non-profit corporations incorporated under their states and founded within corporations or foundations with particular political interests are invalid; but also I believe they were disqualified themselves in their efforts because universal citizenship is something that cannot recognize political bodies, boundaries, affiliations, philosophies, or ideals. That’s why we are relying on indigenous and aboriginal people that exercise their non-political rights to self-determination in order to manifest our project.”

The organization has developed a special high-tech secure personal identity device and verification document program so that individuals can possess their permanent legal real identity without the government or a political state database. The identity product is designed to be compatible with all national and international identification verification platforms and is legal identification.

The ambassador continued in saying that, “many organizations have attempted to create ideals involving world or global citizenship which failed because they all sought to create radical power from particular defined perspectives such as Marxism, socialism, separation, or one of several other discriminatory factors or within a spiritual level without a sound footing in the context of international law. Our is the first with a concrete foundation under accepted international law.”

The best well known non-national citizenship developments are based in historic church-state and diplomatic agreements such as a memorandum of understanding or treaty between the religious institution and the separate political state. The Catholic Church is a great example of a potentially functional global citizenship ideal.

One of the best programs we have seen is the Universal Citizenship Passport in France, but because it is underwritten and developed by a foundation that promotes Marxist theory, it therefore suffers criticism and fear so, it is not considered a viable neutral authority and further misses some of the finer points of the contemporary global citizenship movement,  legally speaking to join them you could become an enemy of the state or be considered part of a cult you can even be arrested or detained at an international border.

In Favor of Natural Law

There is a fine jurisdictional line that prohibits any incorporated organization under a nation-state or under the United Nations itself to be able to form an independent jurisdiction, except as a ship at sea which is what Globcal International has done through being an unincorporated private offshore cooperative enterprise. All of our international relationships are based on treaties with sovereign bodies like the indigenous tribes, transnational economic bodies, and with the United Nations autonomous agencies.

The only legal permissible form (way) to acquire “individual personal” (non-corporate) global citizenship through the end of 2016 will be through Globcal International’s transparent special pilot program as a new founder and owner in our horizontal offshore international cooperative corporation! Your legal status under Globcal International as a free sovereign individual and natural person is guaranteed under the Hague Conference on Private International Law, International Court of Justice, the United Nations and 10 other international bodies.The European Union, the incorporated nation-state of Malta, and several other small nations in the Caribbean are also beginning new citizenship programs with state and bank run corporations; now last week a new EU Laissez-Passer credential became available (only to EU representatives) under corporate-state jurisdictional concepts. Very similar to ours but they all fail to produce personal individual sovereign freedoms and human rights to the holders. Our project on the other hand is territorial neutral and politically neutral, the project can quickly be recognized and accommodated by every country.

Our program is based on the new formation and founding of new cooperative corporation in the development of the practical manifestation of self-governed global community foundation with a universal citizenship. The program will be released soon, for updates and details please follow our blog and website. Meanwhile you can sign-up for advance information on Facebook or by opting-in to the Globcal International mailing list.

Globcal International is a worldwide non-profit charitable cooperative enterprise in formation, participation in our general assembly is acquired through establishing a private personal international relationship with our commissioners or in the global citizenship project through making an offshore investment in our unincorporated foundation.