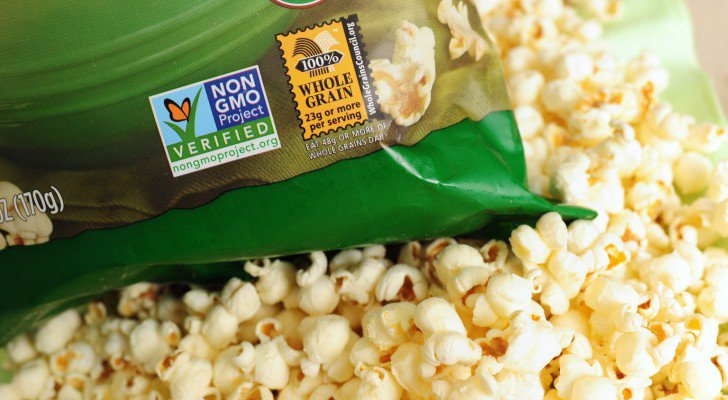 The global resistance against Genetically Modified Crops is growing at an exponential rate. A few years ago, you were almost ridiculed for suggesting that GM foods could be a problem, and now scientists and researchers are presenting information that has 19 new countries joining an already long list of nations to completely ban, or have severe restrictions on, GMOs — as well as the pesticides that go with them.

These countries will not allow genetically modified crops to be grown in their country. The opt-out countries are requesting that biotechnology companies exclude their territories from GMO seed sales, and some countries, according to RT news, are simply putting things to a halt until more research is conducted.

For those of you who do not know, GMO crops have had their DNA artificially altered, which is a process that would not happen in nature. This is done by introducing genes from a completely different species in order to boost the plant’s resistance to pests or herbicides, or create some other desired effect.

Again, we are talking about 19 countries. That’s more than half of the countries within the European Union, some of which include: Germany, France, Scotland, France, Italy, Austria, Greece, Poland, and Belgium. The magnitude of this resistance cannot be ignored.

So why are these countries doing this? Two of the main reasons have to do with environmental and health-related concerns. Alongside all of these troubles (according to Reuters), some countries simply want to take time to do proper research — flying in the face of the World Health Organisation’s (WHO) decree that GMOs are completely safe. There are many who disagree with this assertion:

As part of the process, they portrayed the various concerns as merely the ignorant opinions of misinformed individuals – and derided them as not only unscientific, but anti-science. They then set to work to convince the public and government officials, through the dissemination of false information, that there was an overwhelming expert consensus, based on solid evidence, that GMOs were safe. – Jane Goodall  (source)

A great example is a study that was published in the journal Evironmental Sciences Europe. The WHO has never cited any long term studies that prove the safety of GMOs. When a study was finally conducted, it found severe liver and kidney damage, as well as hormonal disturbances, in rats fed GM maize in conjunction with low levels of Roundup — levels that were below those permitted in most drinking water across Europe. The rats also developed large cancer tumours.(source)

Other studies have found instances of adverse microscopic and molecular effects of some GM foods in different organs or tissues. They also determined that no standardized methods to evaluate the safety of GM foods have been established. Many studies have emphasized that more scientific effort is needed in order to build confidence in the evaluation and acceptance of GM foods.(source)(source)

Here’s what Irina Ermakova, VP of Russia’s National Association for Genetic Safety, said last year when Russia was mulling over the decision to ban GMOs:

It is necessary to ban GMOs, to impose moratorium (on) it for 10 years. While GMOs will be prohibited, we can plan experiments, tests, or maybe even new methods of research could be developed. It has been proven that not only in Russia, but also in many other countries in the world, GMOs are dangerous. Methods of obtaining the GMOs are not perfect, therefore, at this stage, all GMOs are dangerous. Consumption and use of GMOs obtained in such way can lead to tumors, cancers and obesity among animals. Bio-technologies certainly should be developed, but GMOs should be stopped…. [We] should stop it from spreading.  (source)

Keep in mind that we are talking about GM crops, which are sprayed with billions of pounds of toxic chemicals every year. These chemicals have been linked to a number of diseases, ranging from autism, to cancer, to Alzheimer’s disease and more.

“Children today are sicker than they were a generation ago. From childhood cancers to autism, birth defects and asthma, a wide range of childhood diseases and disorders are on the rise. Our assessment of the latest science leaves little room for doubt; pesticides are one key driver of this sobering trend.” October 2012 report by Pesticide Action Network North America (PANNA) (source)(source)

“These data show very strong and highly significant correlations between the increasing use of glyphosate, GE crop growth and the increase in a multitude of diseases. Many of the graphs show sudden increases in the rates of diseases in the mid-1990s that coincide with the commercial production of GE crops. The probabilities in the graphs and tables show that it is highly unlikely that the correlations are a coincidence. The strength of the correlations shows that there is a very strong probability that they are linked somehow.”  (source)

Correlation doesn’t mean causation, but using the Bradford Hill criteria, it’s easy to see why so many scientists/countries are opposing GMOs.

The shift towards organic food is strong and growing; it’s what consumers are demanding. After all, who wants a bunch of pesticides accumulating in their body, especially ones which have been incontrovertibly linked to several diseases?

For example, a recent study conducted by researchers from RMIT university, published in the journal Environmental Research, found that an organic diet for just one week significantly reduced pesticide exposure in adults by 90 percent.  (source)

Another study, published in the journal Environmental Health Perspectives, indicated that among individuals eating similar amounts of vegetables and fruits, the ones who reported eating organic produce had significantly lower OP pesticide exposure than those who normally consume conventionally grown produce. You can read more about that here.

Here is a great video showing what happens to your body when you eat organic:

These chemicals are manufactured by big bio-tech corporations like Monsanto, and the fact that they’ve been caught lying doesn’t help their credibility one bit. For example, a new study published in the journal Biomedical Research International shows that Roundup herbicide is 125 times more toxic than its active ingredient glyphosate studied in isolation. (source)  Roundup was also (finally) linked to cancer recently by the WHO, although a number of scientists had already provided tremendous amounts of proof for this:

There is convincing evidence that glyphosate also can cause cancer in laboratory animals. On the basis of tumours in mice, the United States Environmental Protection Agency (US EPA) originally classified glyphosate as possibly carcinogenic to humans. A US EPA report and several more recent positive results conclude that there is sufficient evidence of carcinogenicity in experimental animals. Glyphosate also caused DNA and chromosomal damage in human cells, although it gave negative results in tests using bacteria. One study in community residents reported increases in blood markers of chromosomal damage (micronuclei) after glyphosate formulations were sprayed nearby. (source)

This is precisely why so many countries are banning it; Sri Lanka recently did so after discovering a link to deadly kidney disease.(source)

As for environmental concerns regarding GMOs and pesticides, “super-weeds” are one of many examples. You can watch a video about that here.

The list literally goes on and on, and despite all of the protest from international government scientists, independent scientists, and others, all clearly concerned about GM crops, Monsanto is still labelling their claims as “unscientific.”

If their concerns are so unscientific, then why are so many scientists around the world opposing these crops?

This move also shows the power of the people. For the past view years, the world-wide web and non-corporately owned media has been sharing information about GMOs that you will never see in the mainstream. Millions of people all over the world continue to gather to “March Against Monsanto.” It just goes to show what we are capable of and all come together.

There are also Wikileaks documents showing that the United States was ready to retaliate against countries refusing to accept GMOs. This is weird, you wouldn’t think that classified documents exist regarding our food, but they do. You can read more about that here.

For those who are looking to educate themselves further about GMOs, check out: Altered Genes, Twisted Truth: How the Venture to Genetically Engineer Our Food Has Subverted Science, Corrupted Government, and Systematically Deceived the Public.

“This incisive and insightful book is truly outstanding. Not only is it well-reasoned and scientifically solid, it’s a pleasure to read – and a must-read. Through its masterful marshalling of facts, it dispels the cloud of disinformation that has misled people into believing that GE foods have been adequately tested and don’t entail abnormal risk.” –David Schubert, Ph.D. molecular biologist and Head of Cellular Neurobiology, Salk Institute for Biological Studies (source)