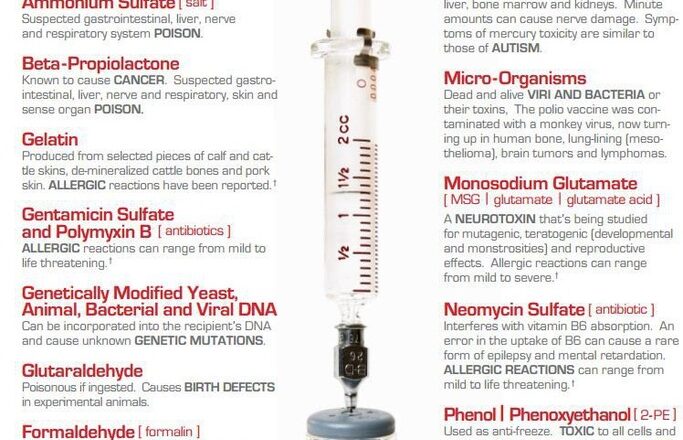 In 1986 the National Childhood Vaccine Injury Act was created as a direct result of the many lawsuits that the vaccine manufacturers were having as a result of vaccine injured people. Were you even aware of the act?

“NVIC’s co-founders worked with Congress on the National Childhood Vaccine Injury Act of 1986 (42 U.S.C. §§ 300aa-1 to 300aa-34). This historic law acknowledged that vaccine injuries and deaths are real and that the vaccine injured and their families should be financially supported and that vaccine safety protections were needed in the mass vaccination system. The law set up a federal vaccine injury compensation program as well as included legal requirements for vaccine providers to:

The law preserved the right for vaccine injured persons to bring a lawsuit in the court system if federal compensation is denied or is not sufficient. By 2018, the U.S. Court of Claims had awarded nearly $4 billion dollars to vaccine victims for their catastrophic vaccine injuries, although two out of three applicants have been denied compensation. Below are links to the National Vaccine Injury Act of 1986 broken down into specific sections, as listed by the US Government Publishing Office.”
https://www.nvic.org/injury-compensation/origihanlaw.aspx
http://uscode.house.gov/view.xhtml?path=/prelim@title42/chapter6A/subchapter19&edition=prelim

Above you see VAERS mentioned which is the primary system used to report vaccine injuries, here we have a report stating that only 1% of the real figure is being reported.

“Preliminary data were collected from June 2006 through October 2009 on 715,000 patients, and 1.4 million doses (of 45 different vaccines) were given to 376,452 individuals. Of these doses, 35,570 possible reactions (2.6 percent of vaccinations) were identified. This is an average of 890 possible events, an average of 1.3 events per clinician, per month. These data were presented at the 2009 AMIA conference.”

“Likewise, fewer than 1% of vaccine adverse events are reported. Low reporting rates preclude or slow the identification of “problem” drugs and vaccines that endanger public health. New surveillance methods for drug and vaccine adverse effects are needed. Barriers to reporting include a lack of clinician awareness, uncertainty about when and what to report, as well as the burdens of reporting: reporting is not part of clinicians’ usual workflow, takes time, and is duplicative.”
https://healthit.ahrq.gov/sites/default/files/docs/publication/r18hs017045-lazarus-final-report-2011.pdf

2011 a committee in the US declared all vaccines “unavoidably unsafe”.

“The Committee has set forth Comment K in this bill because it intends that the principle in Comment K regarding ‘unavoidably unsafe’ products, i.e., those products which in the present state of human skill and knowledge cannot be made safe, apply to the vaccines covered in the bill and that such products not be the subject of liability in the tort system.”
https://www.law.cornell.edu/supct/html/09-152.ZD.html

2012 there was a study made with the title “Relative trends in hospitalizations and mortality among infants by the number of vaccine doses and age,based on the Vaccine Adverse Event Reporting System (VAERS),1990–2010” which came to this conclusion.

“Studies have not been conducted to determine the safety (or efficacy) of administering multiple vaccine doses in a variety of combinations as recommended by CDC guidelines. Our findings show a positive cor-relation between the number of vaccine doses administered and the percentage of hospitalizations and deaths reported to VAERS.”
http://sci-hub.tw/https://www.ncbi.nlm.nih.gov/pubmed/22531966

2018 Robert F Kennedy Jr with the help of others exposed the HHS(Health and Human Services) in the US for not handling the safety review of vaccines among other things which was a condition set by the National Childhood Vaccine Injury Act of 1986. In other words there hasn’t been a safety study on vaccines for over 30 years.

“ICAN was therefore forced to file a lawsuit to force HHS to either provide copies of its biennial vaccine safety reports to Congress or admit it never filed these reports. The result of the lawsuit is that HHS had to finally and shockingly admit that it never, not even once, submitted a single biennial report to Congress detailing the improvements in vaccine safety. This speaks volumes to the seriousness by which vaccine safety is treated at HHS and heightens the concern that HHS doesn’t have a clue as to the actual safety profile of the now 29 doses, and growing, of vaccines given by one year of age.”
http://icandecide.org/government/ICAN-HHS-Stipulated-Order-July-2018.pdf

Here is the result for 2018 from the VAERS(Vaccine Adverse Event Reporting System) in US, keep in mind the mentioned 1% of the total reporting in the section above which would make these numbers a lot higher if reporting were to be done correctly.

Between 2000-2017 there was a Polio vaccination program running in India. This resulted in 491,000 children getting paralyzed, not because of Polio but because of the vaccinations.

Excerpt from a report made by the International Journal of Environmental Research and Public Health:

The fall in NPAFP rate for the first time in 2012 with a decrease in the OPV doses is illustrated. We calculated the number of paralyzed children each year which exceeded the expected numbers (assuming a NPAFP rate of 2/100,000) and the results are displayed in Table 2. A total of 640,000 children developed NPAFP in the years 2000–2017, suggesting that there were an additional 491,000 paralyzed children above our expected numbers for children with NPAFP.”

“While the mechanism involved is speculative, our findings suggest that the increase in NPAFP (and the later decrease in such cases) was indeed an adverse effect of the pulse polio immunization programme.”
http://www.mdpi.com/1660-4601/15/8/1755/pdf

A conclusion of 1000 peer reviewed reports and studies between the years 1915-2015 stated this:

“The vaccine industry is rife with corruption and fraud and that’s about the only thing that isn’t actually printed. The human damage and the collateral toll from vaccination is carefully recorded and this collection discloses some of that harm. While there may be 1000 peer reviewed reports here, I can assure you that there are 1000s more just the same. This collection provides the reader with the peer review that is less complex and easier to understand. Some of you, hopefully, will research the more complex issues further on your own using terms, authors and subject matter found here. If you take the time to read all of the reports collected here you’ll come to understand certain uncomfortable realities. For example, that all of the 350-plus vaccines currently in use are nothing more than population-wide experiments.”
http://truthseeker.se/the-history-of-the-global-vaccination-program-in-1000-peer-reviewed-reports-and-studies-1915-2015/

In July 2019 this was published by the Children’s Health Defense showing the data of the health between vaccinated and unvaccinated children and the results will shock you.

“Despite CDC’s efforts at suppression, independent scientists and research institutions (including UCLA) have managed to conduct and publish several additional vaccinated/unvaccinated studies since 1999. Those studies indicate high incidence of chronic diseases and brain and immune system injuries among vaccinated compared to unvaccinated cohorts. I summarize some of these reports in the following slides.

In 2019 we had the ICAN(Informed Consent Action Network) doing a FOIA request that ultimately led to a lawsuit involving the CDC to try and bring out any evidence that support the widely claimed “vaccines do not cause autism”. The result was that the CDC had to forcibly admit that there are NO scientific evidence to support such claim which has major implications for future public health discussions, especially for the people of US.

“In summer 2019, ICAN submitted a Freedom of Information Act (FOIA) request to the CDC requesting “All studies relied upon by CDC to claim that the DTaP vaccine does not cause autism.”

ICAN also submitted this same request for HepB, Hib, PCV13 and IPV, as well as requesting the CDC provide studies to support the cumulative exposure to these vaccines during the first six months of life do not cause autism.

Despite months of demands, the CDC failed to produce a single specific study in response to these FOIA requests.

ICAN was therefore forced to sue the CDC in federal court, where the CDC finally conceded, in a stipulation signed by a Federal court judge, that that it has no studies to support that any of these vaccines do not cause autism.”
https://www.icandecide.org/ican_lawsuits/stipulated-order-proving-cdc-has-no-studies-to-support-claim-that-vaccines-given-in-first-6-months-of-life-do-not-cause-autism/

The 22nd of November 2020 a vaccinated vs unvaccinated study was published in the International Journal of Environmental Research and Public Health based on 10 years of real data from a pediatric practice where they looked at the health outcome retrospectively. 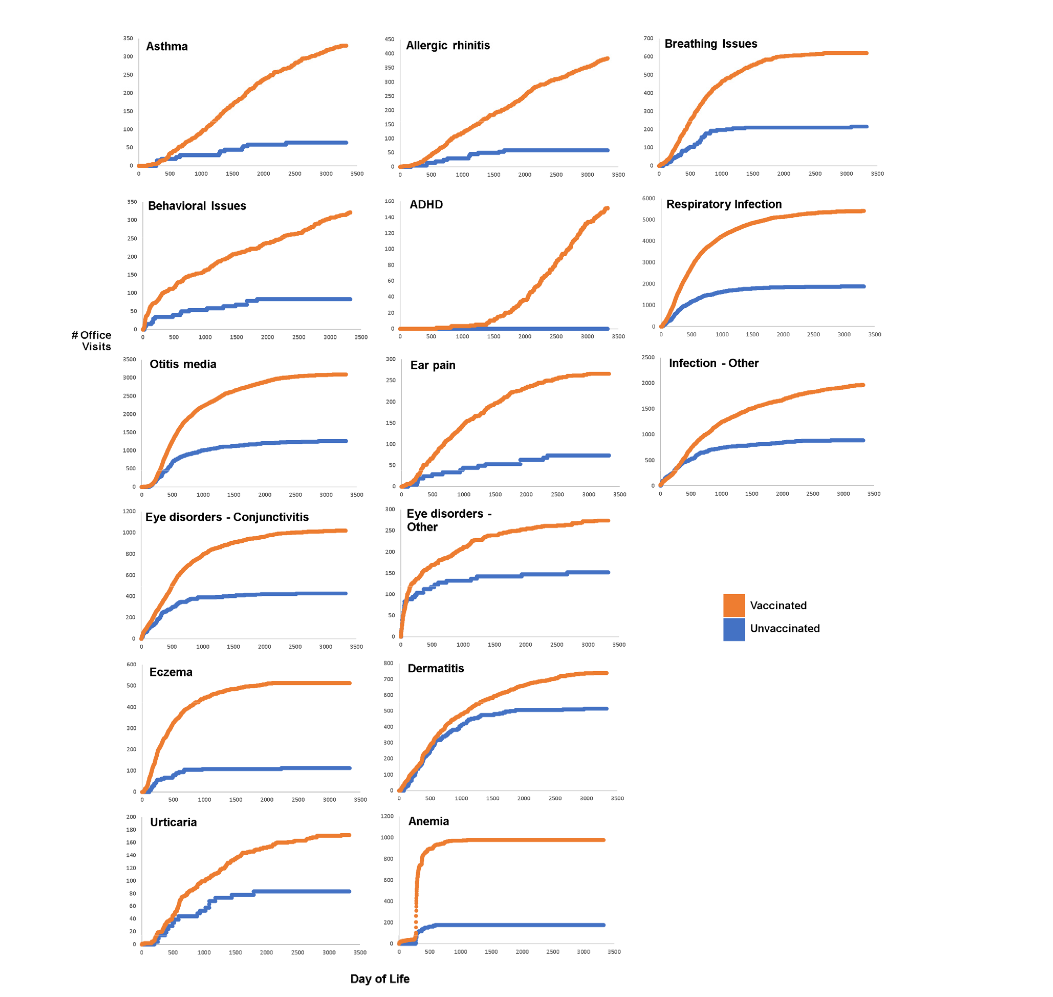 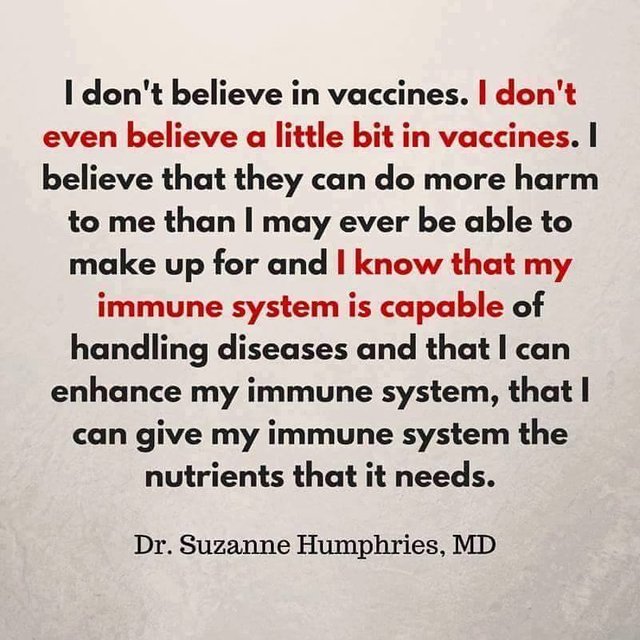