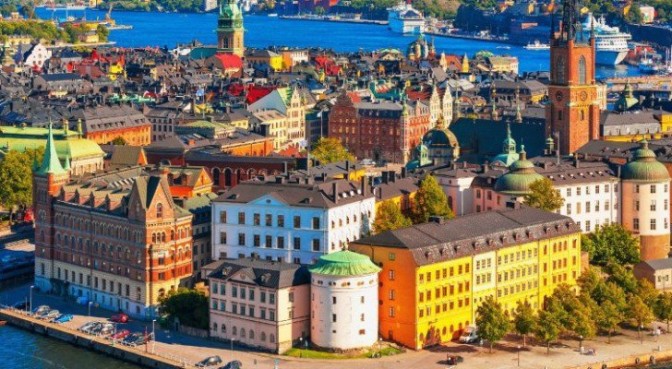 The Swedish government recently announced that their aim is to become one of the world’s first nations to end its dependence on fossil fuels. They will be investing an extra 4.5 billion kronor (US$546 million) into renewable energy and climate change action in their 2016 budget.(source)

Not long ago, UBS, the world’s largest private bank, began urging its investors to join the clean, renewable energy movement. Their analysts are predicting that power plants in Europe might become completely extinct within the next 10 to 20 years, and it seems they are correct. The dream of a ‘nuclear free’ Europe might become a reality sooner than expected, which explains why trillions of dollars are being divested from old ways of generating energy into more renewable sources. (source)

“Sweden will become one of the first fossil-free welfare states in the world.” – Prime Minister Stefan Löfven (source)

Considering that they already get two-thirds of their electricity from non-fossil fuel energy sources, this is great news. The government also announced that it will be spending money on smart grids, renewable energy storage technology, an electric bus fleet, subsidies for green cars, and climate adaptation strategies. They will also be renovating residential buildings to make them more energy efficient.

“2015 is our opportunity, a chance to, in dialogue with all the countries of the world, change course towards a new development path where we can succeed in generating welfare for all, not at the planet’s cost but in cooperation with it.” – Johan Rockström, one of the Prime Minister’s key advisors (source)

Sweden is just one of many nations around the world that is getting behind renewable energy. Hawaii, for example, recently announced its plans to become the first US state completely powered by renewable energy. Earlier this year, Costa Rica was powered with 100 percent renewable energy for 75 days, and Denmark successfully produced 140 percent of its electricity demand from wind power alone during the month of July.

The solutions are plentiful, and as we are now seeing, can be implemented and utilized for the greater good. We’ve known about and possessed this technology for decades, why is it that this process (which is so desperately needed) is taking so long?