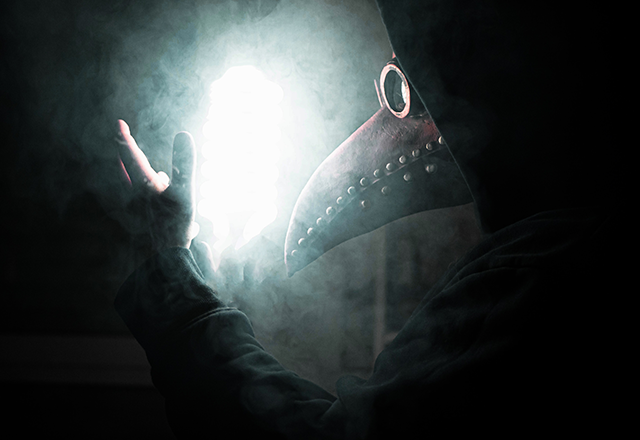 If people in the same area come down with the same set of symptoms is this proof of a “virus”? No, if that were how we determine if a “virus” exists or not then what happened at Hiroshima and Nagasaki during the 1940’s could be considered proof of a “virus”. Scurvy, Beriberi and Pellagra are other good examples of people coming down with the same set of symptoms in the same area which in reality was a result of nutrient deficiency.

If something seems to spread from place to place with the same set of symptoms, is this proof of a “virus”? No, if that were how we determine if a “virus” exists or not then what happened at Chernobyl and the fallout in eastern Europe in the 1980’s could be considered proof of a “virus” which it obviously isn’t, this was caused by the nuclear fallout due to the meltdown of a nuclear power plant.

So how do we do it then, how do we prove the existence of a “virus”? Well how do we prove that a specific animal exists? We first have to find the animal in nature and then isolate it (meaning separating the animal from everything else) where we can then characterize it, only then can we ensure that we know its length, height, width and its genetic makeup. Unless we do this basic step we are simply working under an assumption that the animal exists and not scientific evidence. When it comes to a “virus” then we would have to take a sample directly from a person and isolate it(separate it from everything else) BEFORE any experiment with cell cultures or animals.

Now is this how “virologists” prove that a “virus” exists? No it isn’t, the way they do it is by taking a sample from a human or animal where they assume that the “virus” is in the sample without actually proving it where they then put the sample in a cell culture that contains monkey kidney cells(Vero cells) along with fetal bovine serum and other foreign genetic material. They then add antibiotics and antifungal to the cell culture in order to ensure that it does not contain any bacteria or fungus where they also starve the cells of nutrients.

After all this is done they’ll wait for a few days for the cytopathic effect to occur which is essentially when the cells starts dying, when that happens they use that as “evidence” of a “virus”. This process is then falsely defined by “virologists” as isolation which clearly is the opposite of the meaning of the word isolation and this is where the confusion comes in when discussing the issue of isolation of a “virus”.

Now the problems here are two fold. The first problem is that they always assume that a “virus” is present in the sample taken from a patient without ever verifying it before the cell culture experiment takes place. The second problem is that they never conduct proper control experiments where they do the exact same procedure where they also take a sample from a person they deem not infected and see if they get the same results or not. This simple control experiment has never been done for any alleged “virus” by the “virologists” themselves which makes all claims of “viruses” unscientific since they are working entirely with assumptions and not objective scientific evidence.

In 2016 a German molecular & marine biologist named Dr Stefan Lanka won in the supreme court in Germany in regards to the lack of scientific evidence for the measles “virus”. What is important to note here is that he did not just prove that there is a lack of evidence for the measles “virus” due to the lack of proper control experiments but he also managed to remove the entire basis of modern “virology” which was set in 1954 by a microbiologist named John Franklin Enders. Enders was the one that established the method of using cell cultures with various foreign genetic material, toxic agents where they starve the cells in order to prove that a “virus” exists despite the fact that Enders himself admitted because of his limited control experiment that the result of the study did not prove the existence of a “virus”. Why I bring up the Enders study from 1954 is because it was one of the six studies that were used against Dr Lanka during the trials where the supreme court rejected it as evidence for the measles “virus”.

During the measles trials that took place between 2012-2017 Dr Lanka also contacted 2 independent laboratories and asked them to do the proper control experiments that should have been done in the 1950’s in regards to the measles “virus”. What the proper control experiments showed was that the use of antibiotics in combination with the starvation of cells is the real cause of the cytopathic effect where the cells die and not some alleged measles “virus”.

As we speak another set of control experiments are being made that will prove the same thing which is that the experiment itself is the cause of the cytopathic effect and the death of cells and not any alleged “virus”. This time Dr Lanka will go even further and also attempt to prove that the alleged genome of the alleged SARS-CoV-2, HIV & Ebola “virus” can be manufactured from the same cell culture and mixture without any “infected” material. The last control experiment will also challenge the electron microscope pictures of various alleged “viruses”. These results will later be published in various medical journals once all control experiments have been completed.

So the idea of “viruses” is entirely based on misconceptions due to a lack of proper control experiments and false assumptions where the “virologists” deceive themselves unknowingly. If this just affected the profession of “virology” this wouldn’t be so bad but when almost the entire population of the world is being imprisoned by various policies and pandemic laws where people are being killed and violated as a result of this, then this is an extremely serious issue that needs to be discussed openly scientifically and legally and brought up in various lawsuits in courts.

So what are the ramifications of non-existent “viruses”?

So what we need now are more brave souls that are open minded enough to dive into this subject both scientifically and legally and expose the lack of scientific foundation behind “virology” so we can get rid of the inhumane restrictions put upon humanity and the antihuman behavior that makes our brothers and sisters turn against each other. If we do not address this now then this can and will be used against us over and over again as an excuse to gain more control over human activity and freedom where human rights are being violated.

Source: The case against “virology” and the idea of “viruses” – Dawn of Peace

“Virology” rise and fall on one big assumption

The new understanding of DNA that removes the idea of genes