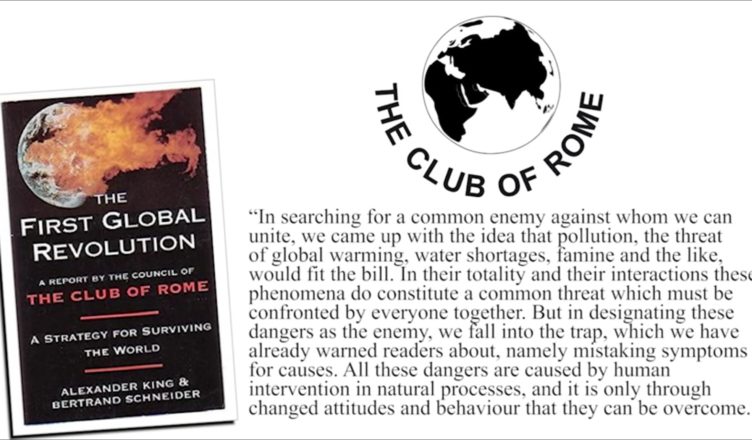 Many of the environmentalist and green movements that supports the global political fraud called climate change do not realize one important key factor, the suppression of technology and specifically new ways of energy production.

There has been an act called “The Invention Secrecy Act of 1951” that’s been active for decades that classifies new inventions that are threatening “national security”. Since energy production is linked to governments it also means that anything that are threatening the current energy paradigm is also threatening the governments, that’s why it’s near to impossible to get newer and better energy production in use. Energy inventions has been suppressed since the time of Nikola Tesla where he wanted to give the whole earth free energy which should be common knowledge by now.

Excerpt from the “The Invention Secrecy Act of 1951”

“Whenever publication or disclosure by the grant of a patent on an invention in which the Government has a property interest might, in the opinion of the head of the interested Government agency, be detrimental to the national security, the Commissioner upon being so notified shall order that the invention be kept secret and shall withhold the grant of a patent therefor under the conditions set forth hereinafter.”
https://fas.org/sgp/othergov/invention/35usc17.html The Limits To Growth

In 1972 the Club Of Rome which is a globalist think tank, came out with their first report called “Limits of growth” which suggested that we should limit growth and one of the key factors to that is by limiting energy production. Then 1991 they came out with another report “The First Global Revolution” stating that they will use global warming and pollution as a way to unite people against a common enemy which in their view is humanity since our methods of things are environmentally destructive. The problem tho with being against pollution is that CO2 has been classified as pollution as well which is an anti life stance since CO2 is the gas of life, without it there would not be any life on planet earth and in fact higher CO2 concentrations have shown to be very beneficial for food production and the greening of the earth. The following year of 1992 was also the year of the Rio Earth Summit and the creation of Agenda 21 which 190+ countries are signatories to today which is all about total control over natural resources and human activity sold under the guise of “sustainable development”.

So back to what I was saying about energy production. If you limit energy production you limit growth and by limiting growth you are effectively depopulating the world since energy production is directly linked to population density as well as economic growth which is why Agenda 21/2030 is a global depopulation agenda, driven and actively supported by many environmental and green movements. People need to understand this or we’re gonna commit genocide of billions of people all in the name of “saving the planet” and “sustainable development”. So I guess the old saying “the road to hell is paved with good intentions” is not that really far fetched now is it. Without newer energy production that can offset the current energy production paradigm and give us more energy, not less, then we will not achieve the things that environmentalist and green movements are hoping for.

So the problem with that goes back to the beginning of this which is the active suppression of new technologies that are threatening “national security” which is why it’s near to impossible to get them out. If you want a better world we need more freedom and not more laws, regulations and control which currently the environmental and green movements are advocating. More freedom gives us more options that gives us more technologies which in turn can be new solutions to make things more sustainable, less freedom is just doing the total opposite.

U.S. economy and electricity demand growth are linked, but relationship is changing
https://www.eia.gov/todayinenergy/detail.php?id=10491 Agenda 21 – The UN Blueprint for the 21st Century
http://green-agenda.com/agenda21.html

More info about the fraud of the political topic of climate change.
https://steemit.com/politics/@johnblaid/political-topic-of-climate-change-is-a-fraud