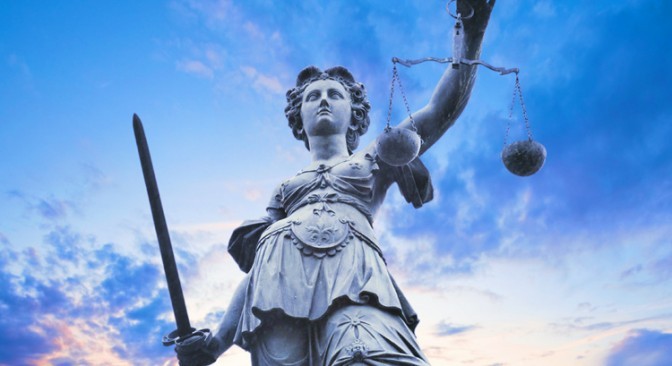 The purpose behind the New Earth Law Academy (NELA) is to help people all over the world increase their comprehension and literacy in matters of Law. It stands as a response to the compartmentalization and systemic obfuscation of proper understanding of Law throughout the “civilized” world at the behest of unscrupulous controlling interests. In matters of pure common sense, it can be said that as long as the people do not know how their systems of governance truly work – not in theory, but in reality – then it is unlikely that they can effectively protest when confronted with the abrogation of their rights by institutional sanction. Therefore, when taken together with the International Tribunal for Natural Justice (ITNJ), the educational material provided by the NELA will prove to be a formidable resource for people all over the world to proceed in competence and honor when navigating the precarious task of restoring law whenever and wherever it has been usurped or left to atrophy.

On the surface, learning about the law can appear to be a dry and arduous task, yet you will inevitably discover – if you diligently study and put the pieces together – that the story of how we came to this critical moment in history is moving, fascinating and powerful. We are all implicated in this story, and with due effort we can perform significant roles within it in full consciousness. If enough of us take responsibility for our circumstances, and if we extend ourselves in a spirit of mutual support to our neighbors, friends, and family in the recognition that we are all heirs and custodians of this world we share, then we will invariably discover that we collectively have the power to end corruption and hold entrenched power to account. Time and time again, tyrants throughout history have fallen thanks to the efforts of living men and women who steadfastly obeyed their Conscience, and who stood in honor and with competence.

So, what makes the NELA different from other law schools? Why can’t we sit back and trust that the “specialists” and “experts” have everything under control? Is it really necessary for the “average” person (assuming such a thing exists) to become informed? Is it realistic for the “average” person to comprehend what is going on? And, most importantly, what is Natural Justice?

To begin… The NELA is an online learning community that is independent of the traditional university system. It may come as a shock for many to discover that the Law is not supposed to be made inaccessible or obscure from those who it purports to serve. And yet, the costs in terms of both money and time for
going to law school almost anywhere in the world tend to be astronomical. Furthermore, the subject of law is steeped in arcane language and obscure protocol to such an extent that many judiciaries can effectively do whatever they please with impunity. Indeed, the study of law has become so superficially cumbersome that it would seem preposterous to most that anyone outside of mainstream academia could feasibly understand what really goes on in a courtroom.

However, when we unpack the research that many volunteers for the NELA have laid out for us all to see, it becomes quite clear that we are in a much better position for knowing the truth than anyone could have realistically expected – despite seemingly insurmountable odds placed in our way. Today, we are no longer sitting in a position of nescience with regard to the facts like we once were.

It is now established irrefutably that our very systems of law have been hijacked and rendered into instru- ments of thievery and coercion that merely pretend to administer “law”, but in reality do nothing more than conduct business. We know now that the courts often view us as their property – meaning: as ‘commodities’ to be traded. We also know that most governments and courts in the world are merely corporations pretending to be legitimate governments (see Title 28 USC §3002(15a)). We also know that theses “govern- ments” have declared war on the people, and view us as enemy combatants in their campaign to lay claim to our time, labor, limbs, and even soul.

The trail of evidence that proves the reality of these statements indeed can be found in primary source texts of law – via a documented history of statutes, acts, and events, enshrined in the congressional records, that together form a de facto slavery system. We currently have these researched thoroughly in regards to the situation in America, and we will be piecing the puzzle together for the many nations of the world, as we now know that the same story has played out everywhere on Earth. This is part of the material you will be learn- ing when you join the NELA.

Now… stop for a moment and suspend any conclusion you may have regarding our collective situation, and consider the following: this system can only survive so long as it maintains a façade of legitimacy. In other words, KNOWLEDGE is the key to fixing our situation – and we have more knowledge and access to information than ever before! Therefore, we need not be victims in this situation. To learn the truth about the Law is one of the most empowering journeys one can take, for it puts you squarely in a position to be a change agent in this world. To truly learn the law is to learn about who you really are.

When you understand exactly what has happened to the Law, then you will realize that the Law has never left us. Rather, it has been critically neglected by the “elite” and the “masses” alike; and today it lies dormant, waiting to be restored by living men and women who recognize that the Golden Rule demands that we defend the rights for others that we would like to keep ourselves. The system in place today must maintain a deceptive simulation of law in order to survive – and this puts the system in an awkward position wherein it cannot afford to completely deny due process to those who possess thorough knowledge of the Law without completely exposing itself.

Imagine what is going to happen as more and more people all over the world wake up to the reality of this mess!

So let’s take a moment to review the true nature of due process under Natural Law so that we may comprehend more clearly what role both the ITNJ and the NJA are set to play in the unfoldment of our present moment in history.

Due process under Natural Law means, among other things:

Hopefully these 12 points elucidate for you the significance of Natural Law. Much more could be spoken of this whole subject, however in essence it all stems from is a very simple concept – a premise that stands harmonious with common sense and social norms: to deliberately cause harm to another is unlawful in all circumstances. And, because of this, all fraud is unlawful, and no amount of word magic or obfuscation will ever change that basic fact. As an institution, the Law exists to protect and serve – to act as a bedrock of society that equally serves all, regardless of class, race, gender, etc. Indeed, no system of piracy masquerading as Law can stand when men and women come together in competence to mutually assure the protection and preservation of their rights and the rights of their friends, family, neighbors, and community at large.

So what will the NELA be offering?

The Most Dangerous Superstition by Larken Rose